The Pace of Change is Upping Our Game

Back in the 6th Century BC, Greek philosopher Heraclitus said, “There is nothing permanent but change.” Although he certainly didn’t have product development in mind, no better statement has ever been made about the tech industry. This year Agile Day Twin Cities will focusing on all things change.

Twenty-five centuries later, change is our greatest friend and sometimes our worst enemy. Not only does change remain inevitable, but the pace of change is increasing exponentially. Markets are changing; businesses are changing, and user expectations are changing. And what’s more – these changes are happening at an ever-accelerating pace. In order to survive and, ideally, thrive in this climate, businesses, products, and people must be adaptable and resilient.

Agile Day Twin Cities 2022 explores all things change. Learn from industry experts and practitioners how they are adapting to change in their day-to-day work. Explore the impact of change on various disciplines such as design, product management, technology and tooling, and most importantly how change impacts the people in our product ecosystems.

We invite you to join Agile Day Twin Cities 2022 to share and learn concepts and ideas that help make change your competitive advantage.

Our full speaker list of 2022 speakers is coming soon! 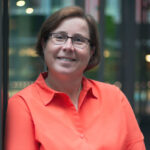 Anne Steiner is the CEO of Cprime and the company’s Chief Product Coach. Anne and her team help companies of all shapes and sizes transform from traditional, project-thinking to being product-driven organizations that emphasize enterprise agility and continuous learning.  Anne has more than 20 years’ experience in tech, working as a developer, product manager, coach, and executive. She excels at helping people in product and delivery roles act as a single team, working together for the benefit of the customer. Anne also actively promotes building communities of practitioners in the Minneapolis/St. Paul area and frequently speaks at national and regional events. 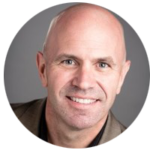 Ken France has more than 22 years of experience helping large-scale organizations adopt iterative and incremental development practices such as RUP and Agile. In his work at leading companies like IBM, Rational Software, and Number Six Software, Ken brings a pragmatic approach to the adoption of new practices.

For much of his career, he has directly coached Agile teams and their management chain on how to drive the change necessary to become successful at the enterprise level, while recognizing the uniqueness of each environment and what trade-offs need to be made to achieve. 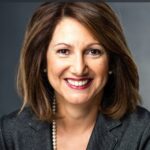 Eve Psalti is currently the Senior Director at Microsoft’s Azure AI engineering organization responsible for scaling & commercializing the Azure AI platform operations. She was previously the Head of Strategic Platforms for Google Cloud where she worked with enterprise customers helping them grow their businesses through digital transformation initiatives. Prior to joining Google in 2018, Eve held business development, sales, and marketing leadership positions at Microsoft (for 17 years) and startups across the US and Europe.

A native of Greece, she holds a Master’s degree and several technology and business certifications from London Business School and the University of Washington. She’s passionate about supporting female entrepreneurship and she serves on the board of WE Global Studios. 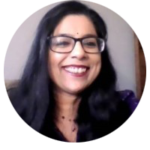 Meenakshi Iyer thrives at the intersection of People, Process, and Technology. She is a T-shaped servant leader with an international and interdisciplinary career in IT, Agile/Business Process Transformation, international healthcare, HR, and Training, in India and the USA, spanning more than two decades. “Stop, breathe, think, act.” is her motto.

Meenakshi is fluent in four languages, and has lived and worked in 10+ cities in India and the US. As the Founder and Principal of NorthStar Solutions and Services, Meenakshi serves as a Personal Agility and Self-Leadership Coach, supporting mid-career People, Technology, and Change Leaders in shaping their Agile and Inclusive Leadership Skills. Notable annual events hosted by her include The Annual “Future of Work” Virtual Conference, and “Building My Runway” – a Global Mentorship program for mid-career Women in Agile/Tech. Meenakshi has an Executive MBA with a concentration in Healthcare Management, from Virginia Commonwealth University, and is an ICF-Certified Associate Coach (ACC). 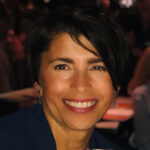 Fernanda Carapinha is a serial media/tech entrepreneur, former senior entertainment development executive, executive producer and writer, with over 20 years of experience in the entertainment/technology business. Fernanda’s deep experience and insight both in the creative entertainment/media business of content development, production, distribution, and promotion, as well as in the data science/soAware business, has aﬀorded her a unique perspective that has enabled her to be ahead of the curve in the convergence of the entertainment and technology industries.

Carapinha is the founder of WE Global Studios, the ﬁrst Founderverse™ Platform and Global Innovation Studio for Women Entrepreneurs. Carapinha is also the founder and CEO of 4Digital and 4Digital Entertainment, two Los Angeles based companies at the heart of the content/technology movement. 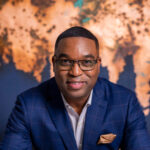 David Edgerton Jr. is the managing principal for The DEJ Group, an executive search and recruiting firm that focuses on finding and connecting exceptional diverse talent with inclusive companies. The firm also provides executive coaching and custom training services for minority entrepreneurs and business professionals.

David has over twenty-four years of corporate experience and also has served as an adjunct professor for over eleven years – teaching information technology, project management and business analytics. With his passion in minority business development, David was recently appointed an executive-in-residence at the University of Minnesota to assist and coach startups as a part of the Discovery Launchpad MN program and also facilitates content for the Ascend Twin Cities program in partnership with JPMorgan Chase, the Metropolitan Economic Development Association, and the Carlson School of Management. David has a Bachelor of Science degree in electrical engineering from North Carolina A&T State University and an MBA from the Carlson School of Management. During his corporate career he has worked for several companies in the Twin Cities including Andersen Windows and Doors, Be The Match, Best Buy, Imation Corporation, Smead Manufacturing, and Ambient Consulting.

David currently volunteers as a member of the board of directors for the Walker West Music Academy in St. Paul. He also serves on the Diversity Equity and Inclusion Advisory Board to the Dean for the Carlson School of Management. He is an active member of Alpha Phi Alpha Fraternity Inc. and serves as a church musician and worship leader at his church. David is married to Michelle and has three children. 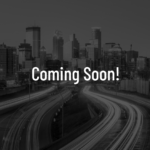 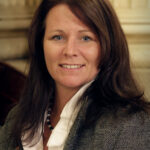 Currently she is responsible for upskilling and reskilling the technology workforce in the areas of Cloud, Salesforce, Software Engineering, and other strategic focus areas. While at Travelers Kelley was the first Team Central lead, where she developed and nurtured the relationship between Travelers and CCSU School of Business. She earned her degree in MIS from CCSU in 1997. She serves on the CCSU Alumni Association Board of Directors, the CCSU School of Business Advisory Council and the CCSU School of Engineering Industrial Board. She is an avid equestrian and mother; who enjoys teaching students how to train their horses and training horses herself. Kelley currently resides in South Windsor, Ct. 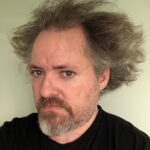 Kurt Christensen is a Senior Staff Software Engineer at Nubank, but he’s not doing any engineering! He’s currently working as a program manager, helping to promote cross-team collaborations. Kurt has been employed for over 25 years as a programmer and a coach, for efforts ranging from small startup companies all the way to corporate-wide agile transformations.

He lives in St. Paul, Minnesota with his family: one wife, three kids, two cats, and a century-old house which needs constant love and attention. 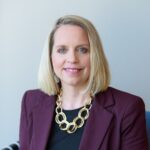 Milinda Rambel Stone is an executive security leader with extensive experience building & leading security programs teams. She has more than 20 years of experience in creating and managing large-scale information security programs in technology, healthcare, and financial services. Most recently Milinda is the Vice President & CISO at Bremer Bank. Her focus is the enhancement and operational oversight of a enterprise security program for this financial organization.

Milinda is passionate about leading and mentoring others on the importance of transforming security and the many benefits of incorporating DevSecOps into the organization. 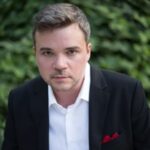 David Laribee is a coach, developer, teacher, international speaker, and co-founder of Nerd/Noir and Dojo Academy. David also serves as the Head of Dojos and Strategic Advisor for Cprime, which has the longest-running and largest dojo practice in the industry. 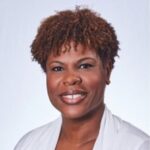 A seasoned IT professional with over 15 years experience as an Agile practitioner helping teams, organizations and executive leadership implement and improve their Agile adoption and delivery. Experience coaching and leading Agile teams in Finance, Telecommunications-Wireless, Medical, Supply Chain Solutions and Hospitality companies. Harness passion for Agile across multiple areas of an organization including Human Resources, Sales, and Marketing to deliver business value and improve employee satisfaction. A proven leader committed to motivating and coaching employees to be their ‘best selves’ to ensure company success. 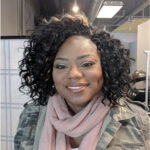 A result oriented Agile Professional Leader with over 18 years experience in leading product development and architecture in adaptive, iterative and phase-based development methods. Angela has a wealth of experiences from different walks of life. With a proven track record: with over 15,000 hours coaching business and IT along in their Agile journey and Leadership development. Driven from diverse sectors, Angela worked with the Top 10 Fortunes Companies among others to transform their organization to Agile. Angela has a Master in Organizational Leadership and is ICF Master Certified Transformation Leadership Coach. Angela is a fixer; she builds strong customer relationships by delivering customer-centric solutions. It’s her determination and no-nonsense attitude that has led her to successful Organization transformations. 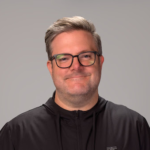 More details on the event sessions are coming soon!

20 Years of Agile: What Have We Learned?

Technology: What Needs to Change

From Surviving to Thriving in a World of Constant Change

Located in the heart of Saint Paul, the Saint Paul RiverCentre will offer generous space for collaboration. 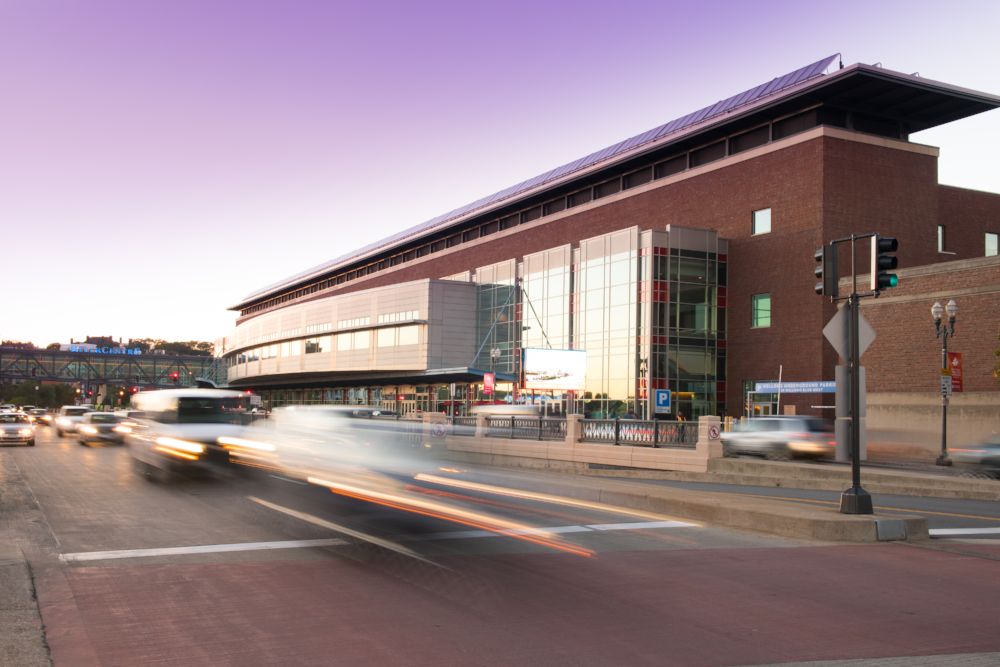 Cprime is a global consulting firm helping transforming businesses get in sync. We help visionary business leaders compose solutions, execute implementations, and perform against business goals.  As a leading global Agile, product, and technology solutions provider, our industry-leading software and talent solutions work together in synergy to deliver transformations.